I will be holding two book launches for ‘Running Hard: the story of a rivalry’, after it is published on Thursday 16 February.

Firstly, I will be at the Greta Suite, Skiddaw Hotel, Keswick (NOT the Moot Hall now, if you saw earlier notifications) at 3-30pm on Saturday 18 February, with both of the main characters from the book in attendance, plus other fell legends. I will be sharing some stories about these two outstanding athletes. Copies of the book will be available (signed if required), as will both my earlier books, ‘It’s a hill, get over it’ and the updated paperback of ‘The Round: in Bob Graham’s footsteps’. This is a ticketed event, and tickets can be obtained from Bookends bookshop in Keswick, or by email from me (steve.chilton@blueyonder.co.uk). 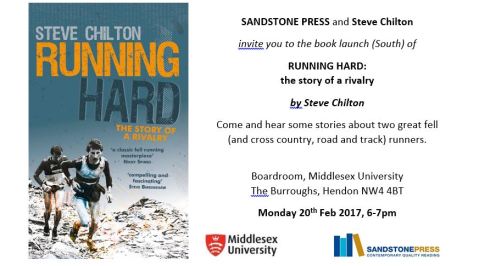 Second, will be an event in the Boardroom at Middlesex University at 6pm on Monday 20 February. There will be more stories about Kenny Stuart and John Wild (who will be there), and copies of all my books available. There will be drinks at the launch, and an after-party in The Greyhound, round the corner. Drop me a line if you would like to be there – or just rock up.

Read of their courage, mental toughness and strategies in a modern, but almost Boys Own, battle and decide for yourself who is Wilson of the Wizard and who the Tough of the Track.

Just before Christmas I received an email from Peter Rylands, who is the son of Martin Rylands, one of Bob Graham’s pacers on his inaugural Round in 1932 (on the right in the photo). The email gave some information on Martin Rylands’ background, and how his son ended up in Australia. 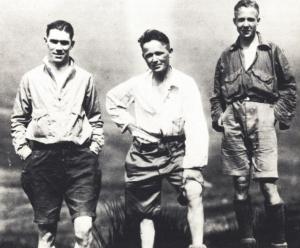 “Earlier this year, Australian television screened ‘Griff’s Great Britain’. I settled down to watch the episode about the Lake District with some anticipation, given my family connection to the region.

Griff [Rhys Jones] spoke about fell running, then, to my amazement, my father appeared on the screen in a photo (which I immediately recognised) with Bob Graham and Phil Davidson. The possibility that a photo of my father would be on TV here, or anywhere else for that matter, had never crossed my mind until then, but it brought home to me just how significant the Bob Graham Round has become.

I emailed ITV and expressed much the same thoughts as I have done here, but received a rather cursory acknowledgement and no more.

More recently, checking on family history via Google, I happened upon a reference to your book ‘The Round’ and, checking related websites found the YouTube recording of the book launch with the same photo: Dad, Phil Davidson and Bob Graham!

It occurs to me that you may know very little about my father, despite his role in the historic first round.

Much of his involvement I know from his published account of the 24 hours, which appeared in The Northman (the magazine for Toc H in the northern area) vol V No 1, October 1932, and which was reprinted in The Lakeland Rambler 1934. The other contemporaneous account of the round that I am aware of is that which appeared in The Times of 14 June 1932, but I assume you are aware of it.

My father, who was born in December 1914, and his three brothers and sister, had grown up in the Vicarage at Naddle, where his father (Ben) was vicar of St Johns in the Vale.  Their mother died in 1924, and I can imagine the chaos of a house with 5 children and their father at the time. Dad was a boarder at Monmouth Grammar School, where he seems to have excelled at sport, especially athletics and rowing. I have a photo of him winning the mile in 4 min 58 sec at his school sports in March 1931 (not too bad given the world record was 4 min 10 secs at the time!)  He passed on some athletic genes; I was my school athletic champion, and my sons have all enjoyed sports of various kinds.

On finishing school later in 1932, Dad emigrated to New Zealand, where his older brother Chris was working. They both, separately, moved on to Australia, and worked on farms in New South Wales and Queensland. My father’s sense of adventure took him to New Guinea where he worked as a chainman for a surveyor for some time before enlisting in the Australian army at the beginning of WWII.

He met and married my mother while on leave in Sydney. I am the eldest of their four children, born in 1943. They were able to settle on a farm at Bathurst NSW after the war, where they lived until Dad died from cancer in 1968.

I would love to be able to say that I learnt much about the Lakes District from my father, but that wasn’t the case. He didn’t speak that much about his childhood, so I have had to piece much of the family history together myself. Clearly, his participation in the round was very meaningful to him, as indicated by the copies of the Rambler and the Northman that he kept, although I have very little else from his schooldays.

I have visited the Lakes District several times over the years with my family. I was fortunate, in the early 1980s, to visit England while my uncles and aunt were still living and learn more family history from them.  My second son, Tim, who had been backpacking in Europe and England, met his wife to be in Lincolnshire. They were married at St Johns in the Vale and now live in The Wirral.

I hope this may be of some use to you in adding to your Bob Graham Round resources.”

The full series of Griff’s Great Britain is online – episode 6 is on the Lake District.
The paperback of ‘The Round: in Bob Graham’s footsteps’ is published on January 19 2017, with a new chapter on the remarkable rounds in 2016 by Jasmin Paris, Nicky Spinks and Rob Jebb. 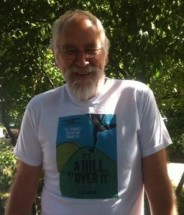 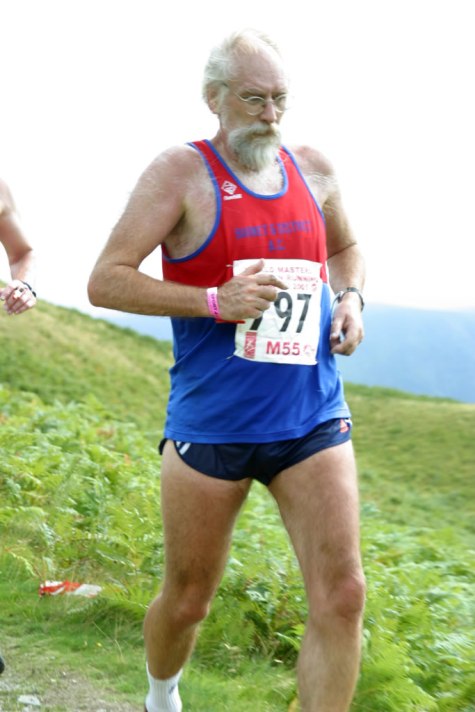