I have been doing loads of interviews for Book IV recently and there is always way too much material to use. The following are five tales from the hills from five of the finest fell runners, and alround entertaining interviewees.

These stories may or may not make the cut into the manuscript. Enjoy.

In 1982 Kenny won the Ben Nevis race at his first attempt, a very rare feat. He had been up to Red Burn the day before, but didn’t have time to go any higher than that. He explains how the race went. ‘I ran it tactically in a roundabout sort of way. That day I knew that Billy Bland was going to come and catch me, it was inevitable. I played with him a bit after Red Burn, and I tried to get him to do a lot more than he was wanting to do. He was up for it as he was nearer me than he thought he might be. On the way down he caught me, and I stayed with him until the Red Burn and on the grass bank he belly-flopped. I thought he would get up from that as he had plenty left but I went right past and he didn’t come back. Whether he was winded or he realised that he had spent his lot, I am not sure’.

He says he never really concentrated on fell running, but did quite a lot of track running, and road running and cross country. ‘Fell running I did just because there were some fell races on, it was just part of life. I never actually won a fell race, but got a good few seconds and thirds. I did win one in France, believe it or not. That was more of a trail race though really, and it was marked so you couldn’t get lost. My problem was that if I got to the front then I wouldn’t have a clue where I was going. That is despite having a Geography degree! My best performance was possibly Latrigg because I almost won it one year. Billy Bland was the man that beat me. I ended up third behind Malcolm Patterson. They both passed me on the way down.’

Tony I did his first BGR in May 1980, and it was the seventh fastest time at the time (19-40 something). He talked about his other Bob Graham exploits. ‘My second Bob was later the same year as part of an attempted double BGR. I did it clockwise because everyone in those days did it anticlockwise. I still advocate that. Clockwise is not the right way. I knew I had to do the first round in about 20 hours to give 28 hours on the return trip. We ran into rain and electric storms on Kirk Fell and I finished the first part in 23 hours and forget about the second part. My third round was in 1985 with my dog Glen which was a Wainwright rescue dog. I think it was the third dog to do a round. I hadn’t intended to do it all but did in the end.’

Gavin reckons his 1993 Three Peaks was the luckiest win ever, as he explains. He had gone round the course a fortnight before, as he recalls. ‘There were three of us – me, Scoffer and Paul Sheard. I was absolutely knackered and hanging on like. I thought, “what am I doing this for?”. Scoff fell off a sink and he couldn’t run. Paul Sheard went wrong half-way round and me and Mark Roberts ran round with Paul Mitchell thinking we were running for 2nd, 3rd and 4th, or whatever. We got to the last field and Mark Croasdale appeared behind us. He had been in the lead but got lost coming off Ingleborough. Me and Mark left Paul, who had showed us the way round, and had a sprint finished in that last field and I won it.’

He tells me a story about how he went up to the Lakes for a week’s holiday with a girlfriend. She didn’t know anything about fell racing, what Dave called a ‘London disco type of girl’. He decided to do the midweek Tebay fell race. ‘I had never done it before and we got to this ridge at an angle and I went one way and the guy I was with knew the way and he went the other way. I was so annoyed that I hammered this climb and caught him and finished second to Hugh Symonds. The girlfriend went out to watch, as there was a road near the course, and she saw what went wrong and had a right go at me for going wrong. She said if he had gone the wrong way you would have told him. I said no I wouldn’t!’ 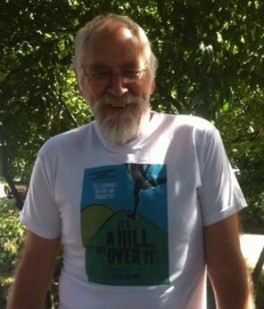 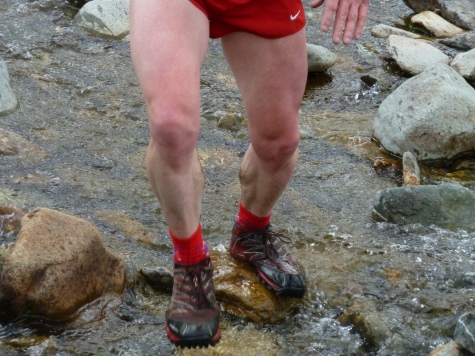