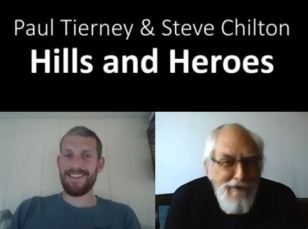 A year on from his Wainwright’s-in-6-days record, I had an extended Zoom chat with Paul Tierney about it and it’s aftermath – and his, and my own, experiences in the hills and mountains. You might find it a bit of light entertainment to pass some lockdown time.
It is on YouTube at: https://www.youtube.com/watch?v=gmBjKZcW_0A (you might have to wind back to beginning)

Please consider: going via an optional (ie you absolutely don’t have to) request to give a little to a charity that I believe in. Community Action Nepal (who helped make the video) are constantly helping less well off people in these difficult times. If you would like to make a small donation, then go to it via: https://www.justgiving.com/fundraising/hillsandheroes

If the book mentioned (on Billy Bland) interests you, it can be ordered at: https://samread1887.square.site/product/AllOrNothing/1015

Thoughts on waiting for my new book to be published

I always find that waiting for a book to be published is a real and tangible frustration for me as an author. It is ALWAYS too long between the last manuscript edits and the holding of a copy of the book in my hands. I know there is due process to go through – the editing, typesetting, proofing, and setting up before printing; but it always seems too long, and I just want it to be over and see the results. And of course (always nervously) to find out what people think of the book.

It has been exacerbated this time by the lockdown situation, which has messed with the whole book chain – printing, distribution and selling have all been massively disrupted. So, what have I been doing since passing the finished manuscript for my next book to the publisher on 2 December 2019.

Well, a lot of reading actually. I set myself a reading target every year, and monitor progress towards it on the Good Reads website, where I also post a review of every book I read as I finish it. A stat:  have read 19 books since lockdown started, and am running at 7 books ahead of my target for the year of 62 books.

HINT: authors need reviews from readers as a) it is about the only way they know how people feel about their work; and b) it really helps get their books noticed if they are reviewed on Good Reads, Amazon, or on book lovers’ blogs

I have also been trying to write other stuff to fill the ‘working’ gap. Since the manuscript for the book was finished I have written three articles for The Fellrunner, two of which have already been published, and one which has been accepted for the next issue. Following a discussion with the Marketing Executive at Sandstone Press, I agreed to try to write a couple of articles for papers or magazines, as a way of of getting the upcoming book noticed (none too subtley, by mentioning it somehow). To this end I had two pieces rejected by magazines, but have had an article printed in Compass Sport magazine, had one accepted for the August issue of Cumbria magazine, and one being considered by another ‘country/lifestyle’ magazine. Not bad for a novice non-journalist writer stepping somewhat out of his comfort zone.

With my first three books I have had published I have always taken a break before starting another book project. Not so this time! I have had ideas for three further books, whose status are as follows.

One, a further topic in the fell running arena is on hold, with ideas and leads put away in a folder. It is a branch of the sport that I think deserves a book of its own, but which I am not convinced that I am the right person to write that particular book.

The second is a biography of a running icon, whom I have always admired. I have done a bunch of research on them, and written a very rough and ready 9,000+ words. At the moment this is also on hold, as I really need their cooperation in order to talk through their early life and non-running experiences since retiring from the top echelons of the sport. They are playing hard-ball on my attempt to get agreement to talk about the possibility of working together on it.

The third idea came about by chance, and I have been working on it intermittently since December. I’ll not reveal too much about it now, just say that it is a collaborative effort and may be published by ourselves, or by a small local press (who I have discussed the idea with). I have been given the thumbs down by two publishers that I have spoken with, as it being ‘not a seller’. However, we think it will intrigue a good few people and are confidant of enough interest to make the effort to bring it to fruition. We could be wrong of course.

As well as all this gubbins, there has also been the necessary work an author has to do to prepare the ground for their book’s publication:

This has resulted in 20 blog posts since finishing the book (two of which are linked above – detailing the fine cover quotes and where to pre-order the book from), plus 378 tweets and countless Facebook posts.

When I get final confirmation of the publication date you can expect another flurry of social media posts from me.

Owter is a new book service which helps authors get a better return on their book sales. I will be recommending good running and outdoor books via my page on the site.

The fifth recommendation is Adharanand Finn’s ‘The Way of the Runner’, with its subtitle – ‘A journey into the fable world of the Japanese running’. The blurb says: “As an amateur runner about to turn forty, he [Finn] hoped to find out whether the Japanese approach to training might help him keep improving. What he learned – about competition, about team work, about beating your personal bests, about form and about himself – will fascinate anyone who is keen to explore why we run, and how we might do it better”. It also made my list of 20 Good reads – running books.

When I reviewed it I described it thus:

Long-distance running is big business in Japan and they have plenty of young/university athletes, but can’t seem to translate it to the world stage and take on the Ethiopians and Kenyans at the marathon, and Finn goes to experience the culture and try to find an answer.

Why not give it a read?  It can be purchased directly from Owter at: https://owter.co/collections/running?aff=7

All three of my running books are also available from the same link (all currently reduced).

A few more medium length reads for lockdown time. This lot are profiles of some of the most interesting members of the fell-running pantheon. Some great characters in there. The articles are from my blog (usually as PDF downloads), and all were published at various times in The Fellrunner magazine. Click the highlighted name/links to read. Hope you find something to enjoy.

PS: All three of my running books are also available from this link (all currently reduced).
The Billy Bland book can be pre-ordered: https://samread1887.square.site/product/AllOrNothing/1015 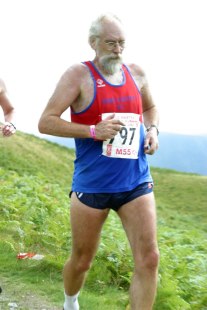