I will be doing some book signing/talking sessions over the coming months, and they will be noted on this page of the blog as they are arranged.

Also in 2018 there was another ‘Evening with Billy Bland’, with Due North Events, this time at Skipton in May, and then November introduced and interviewed Colin Donnelly in a session entitled ’30 year fell running records’, at the Buxton Adventure Festival.

In Keswick in February 2018 there was An evening with Billy Bland. I also gave a talk at Wilfs café in Staveley (in March as part of their Winter Slides series, and I also spoke at The Buxton Adventure Festival (in June, with Joss Naylor).

Over the three days before the book’s paperback publication there was a Running Hard Blog Tour. Visit the blogs via the links to find out more about the book, it’s author and how someone is planning on emulating Kenny and John’s training.

Running Hard: the story of a rivalry

Has the perception (and reality) of training/running hard changed over the years? I explored this theme in a discussion with Kenny Stuart and Ben Mounsey in Skipton on 27th October. It was a brilliant evening as Kenny and Ben are giants in the sport. Kenny ruled fell running for a period in the 1980s, and Ben is one of the finest exponents currently, but they have quite different backgrounds.

As part of the 42nd International Snowdon Race I gave a talk, along with Kenny Stuart and John Wild, at the Electric Mountain. It was after the race at 3-30pm to 5pm on Saturday 15th July 2017. It was free to attend, with voluntary donations to Snowdon Giving.

I held a book talk on Thu Apr 6th in Sheffield Library as part of the Multi Story Festival. I hope to also hold events: with The Little Bookshop in Ripon (TBC); in conjunction with Pete Bland Sports (TBC); and possibly with Abingdon AC. [Let me know if your running club, bookshop or organisation would like to host an event.]

I held two book launches for ‘Running Hard: the story of a rivalry’, after it was published on Thursday 16 February.

Firstly, I was at the Greta Suite, Skiddaw Hotel, Keswick at 3-30pm on Saturday 18 February, with both of the main characters from the book in attendance (plus fell legends Steve B, Dave H and some of the current top runners). I shared some stories about the two outstanding athletes from Running Hard.

Second, was an event in the Boardroom at Middlesex University at 6pm on Monday 20 February. There were more stories about Kenny Stuart and John Wild (who was in attendance, albeit a little late), and copies of all my books were available. There were drinks at the launch, and an after-party in The Greyhound, round the corner.

The Round: in Bob Graham’s footsteps

The book was published on 17 September, and the launch was on Sat 19 September, from 6 to 7-15pm in the Moot Hall in Keswick. Signed books were available on the day courtesy of Lucy at Bookends. More details. You can order The Round via Amazon.

There was a second launch event on Wed 23 September. I told some stories about the Bob Graham Round – the early days, about Bob Graham, the fast men and women, and the innovators. This was FREE and was held in the Grove Building, Middlesex University The Burroughs, Hendon NW4 4BT, from 6-7pm. RSVP: steve.chilton@blueyonder.co.uk [See blog post for video of the launch]

Talks/signings: I am pleased to confirm that I am giving a talk at the Keswick Mountain Festival in May as part of what looks like an excellent ‘Adventure Tipi Talks’ programme. My slot is 1-45pm on Saturday 21 May, and is entitled (predictably enough) ‘The Round: in Bob Graham’s footsteps’.

I am also exploring some possible talks at fell running clubs. Let me know if your club would be interested.

It’s a hill, get over it

The book launch took place (18 Sept 2013) at Middlesex University. You can hear about that event via this link.

Wilfs, Staveley – Thu 20 March at 7-30pm for a slide/supper evening. Fabulous food and venue (next door to the Hawkshead Brewery). Details and booking.

Carnethy Hill Running Club – Fri 21 March at 7-30pm at Pi in the Sky, Edinburgh University, Kings Building campus. Sharing a stage with Matt Davis (recent competitor in the Spine race). Publicity blurb:
“Following on from all those Mountain Film Festivals, the first of 2014’s Winter (fingers crossed it’ll be more like Spring) Talks will be on Friday March 21st, starting at 7.30pm. We’ve booked Pi in the Sky at Kings Buildings Union Building (just upstairs from where everyone gathers for Wednesday night runs) and we’ve got two brilliant speakers. Firstly, Steve Chilton, author of “It’s a Hill, Get Over It” will be giving a talk about how he came to write a history of fellrunning at this late stage in his life. Steve’s talk will also reveal some of the detail of the early days of the sport, of the professional/amateur divide, of betting scandals, unusual training techniques, and incidents from the early history of ?wild running?, with particular emphasis on some of the scottish aspects. Steve Chilton is a committed runner and qualified athletics coach with considerable experience of fell running, and a marathon PB of 2-34-53. He is a long-time member of the Fell Runners Association (FRA). In a long running career he has run in many of the classic fell races (particularly in the Lakes), as well as mountain marathons, and has also completed the Cuillin Traverse. He is currently Lead Academic Developer at Middlesex University. And then Carnethy’s own Matt Davis will be talking about how he got over lots and lots of hills in a short space of time during the Spine Race. I guess for anyone who followed Matt’s progress via Open Tracking last month, this will be almost as compulsive. Hope to see lots of you there to enjoy listening to two fantastic talks. ? If there was any more incentive needed, Entry is free and there is a bar on-site too. Please feel free to forward this infol on to others – non-club members are welcome!”

Altrincham AC – Fri 4 April @Timperley Sports Club, sharing the stage with Jeff Norman (Olympian and former Fell Runner of the Year). MC’d by Neil Walker. Publicity blurb:
“It will form part of a triple header that weekend as we also have the National 12 stage road relays on Saturday and the Manchester Marathon on the Sunday. So overall, a great weekend for all of the club to get together! I have booked Timperley Sports Club for the evening of Friday 4th April. The highlight of the night will be a talk from the author of a newly published book called, ‘It’s a hill, get over it.” It was written by Steve Chilton who is passionate about the fells and running in general. He is a coach at my brother’s club, Barnet and District and has great pedigree as a runner himself. As part of Steve’s talk, he will be doing a Q&A session with our very own Jeff Norman. Jeff’s achievements are given good coverage in the book. Food will be served on the night. A lovely chicken curry with rice and Naan bread will be served at 7-15pm. There will also be a vegetarian curry. Please could everyone therefore aim to arrive by 6-45pm. Steve will begin his talk at 8pm, which will include the Q&A session with Jeff and then the audience towards the end, approximately 9pm. This then leaves the rest of the evening for socialising, having a few drinks and generally a good time! The cost of the night is £10, which will cover hire of the sports club and food. Any profit made on the night will be going towards the Mountain Rescue Service, which is Steve’s chosen charity. To reserve your place, you can either call/text me on 07581002367. Payment can either be made in person, down at the track or by sending a cheque payable to myself, to my address, 33 Bankhall Lane, Hale, Cheshire WA15 0LE or online (account details upon request). There are only 50 places available for the evening and these will be allocated on a first come, first served basis so get your name down now!”

There should be book signings at each event. Other events may be arranged, particularly one at Keswick AC in the summer, and hopefully a launch for the paperback edition when it comes out towards the latter part of this year. 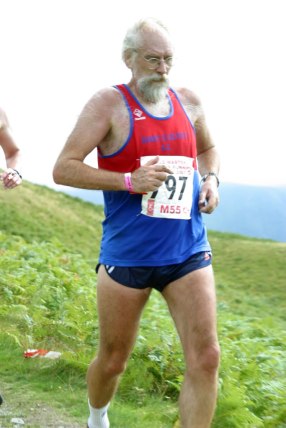 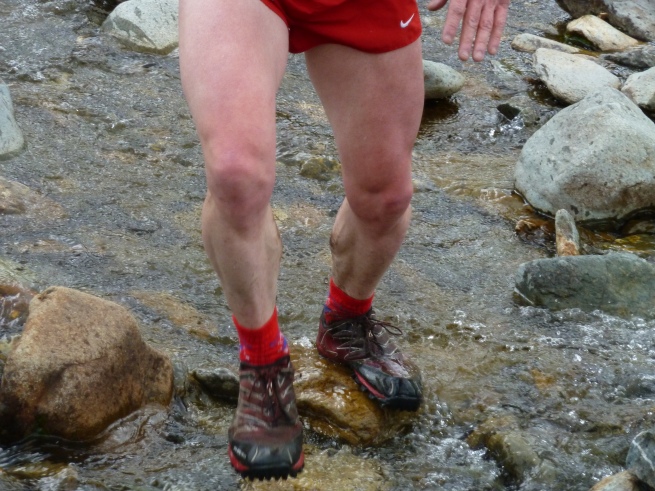